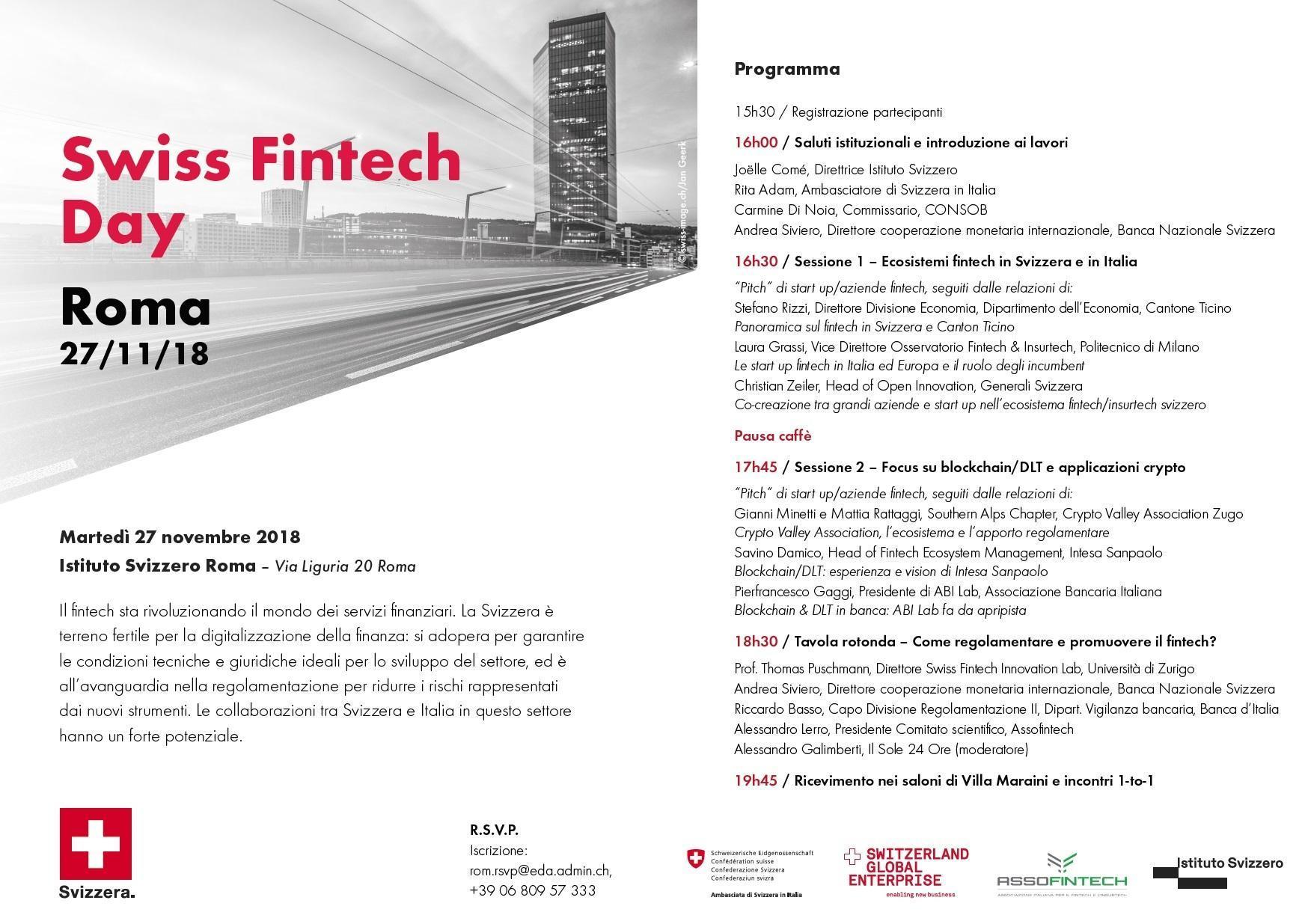 ICO regulation and self-regulation in Switzerland

Learn about the current status of the Swiss ICO financial regulation (by FINMA), ICO Code of Conduct (Self-regulation by the Cryptovalley Association) and Switzerland pioneering role in these areas. 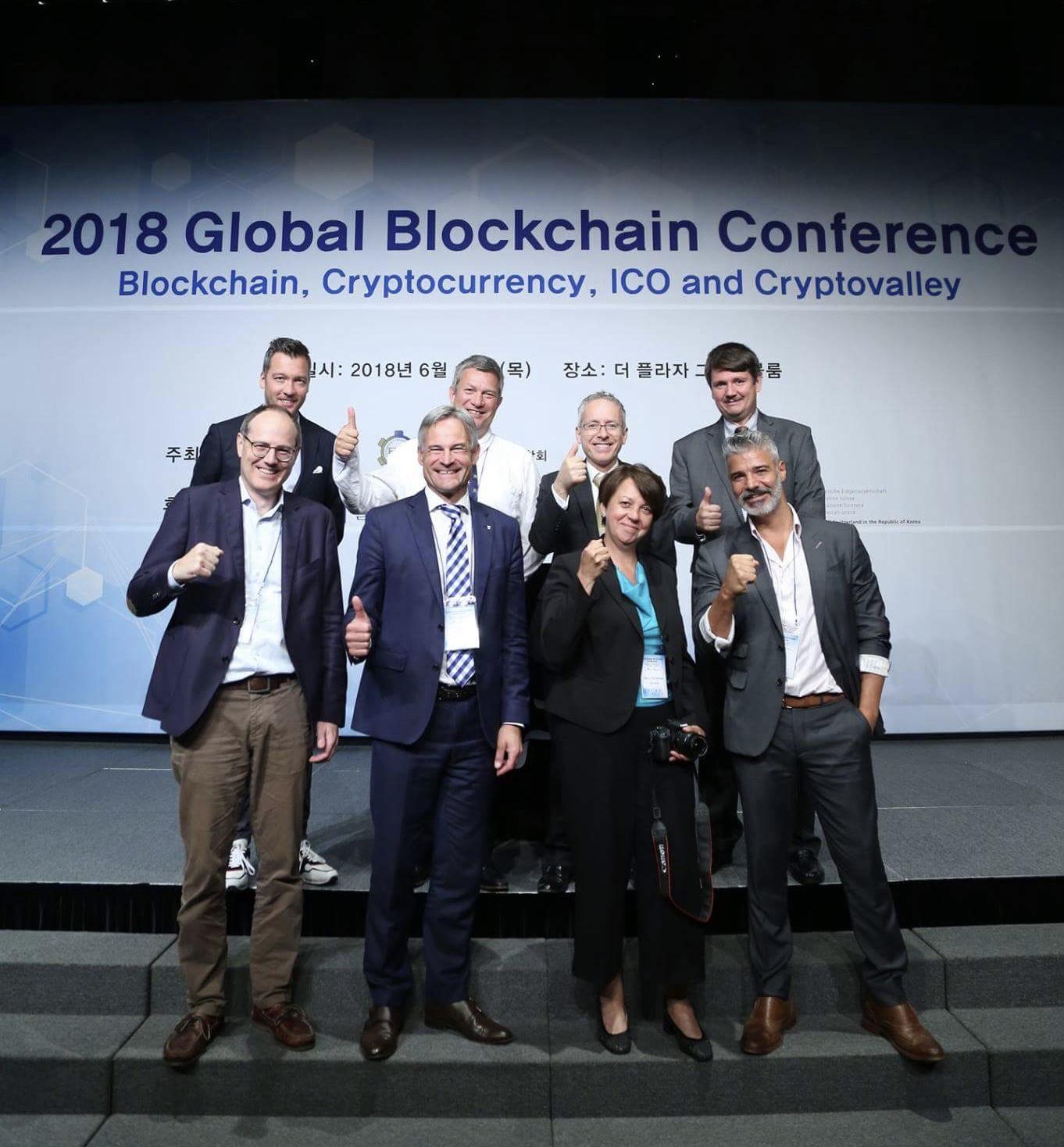 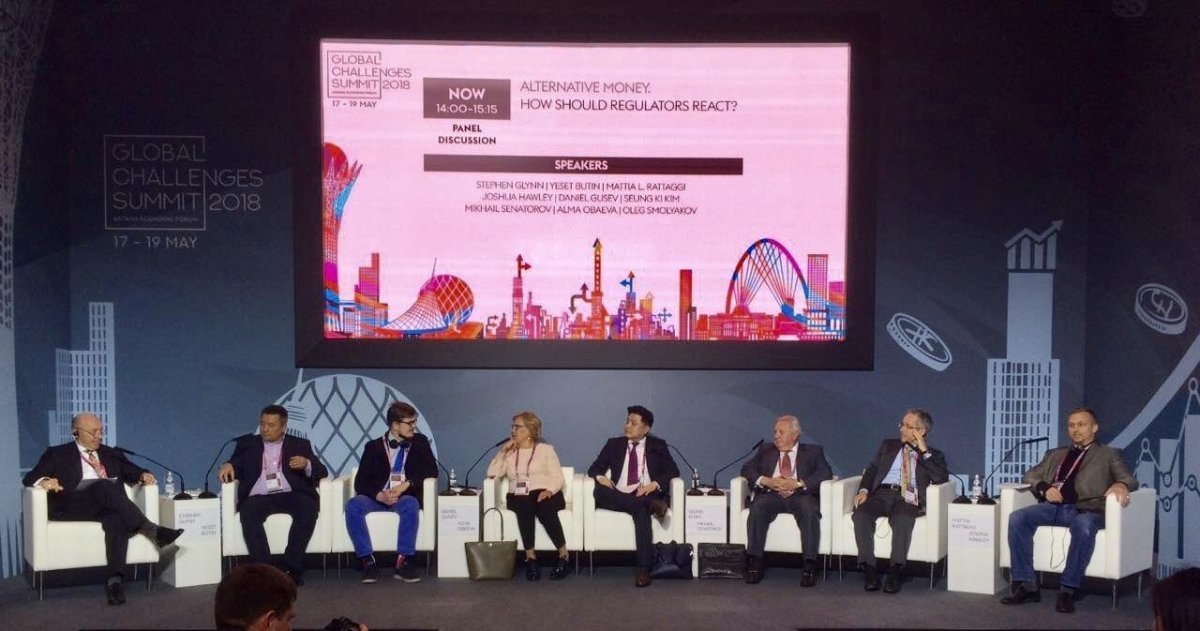 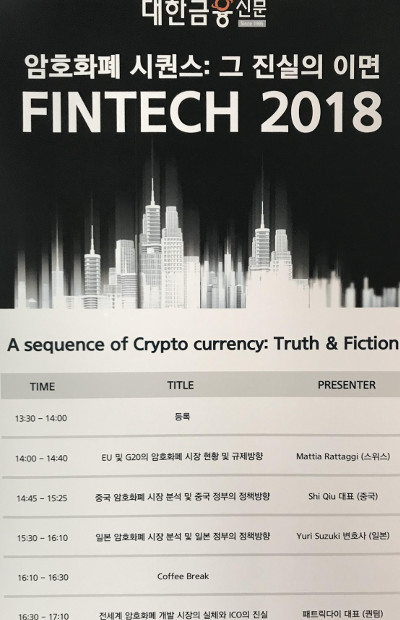 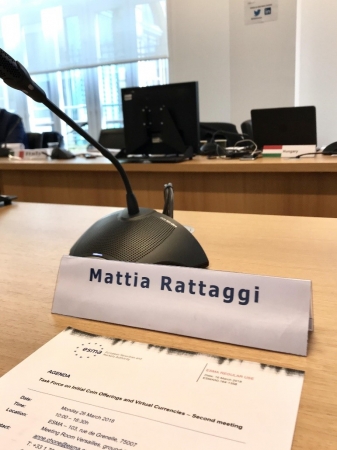 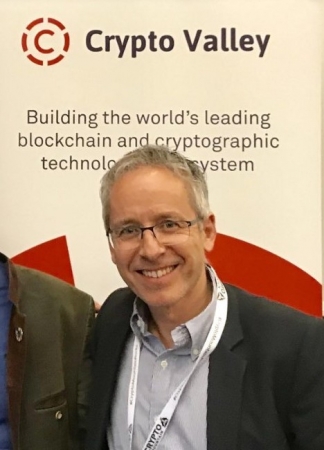 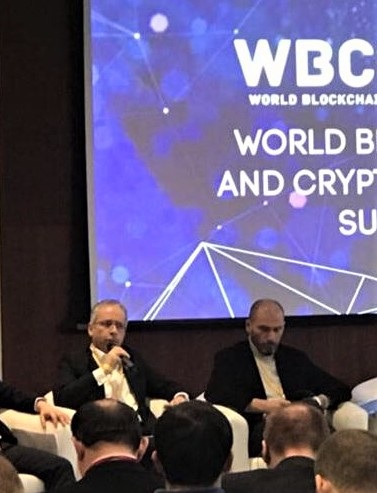 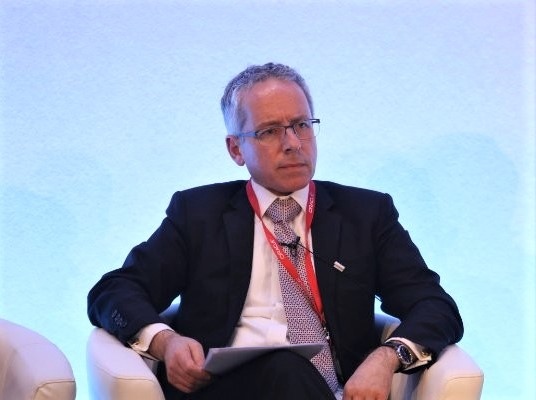 RiskMinds International (Amsterdam, annually from 2008 to 2017) 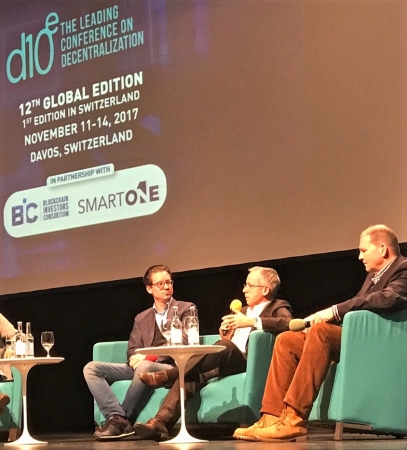 The future of cryptoassets, Global Conference on Decentralization (Davos, 13 November 2017) 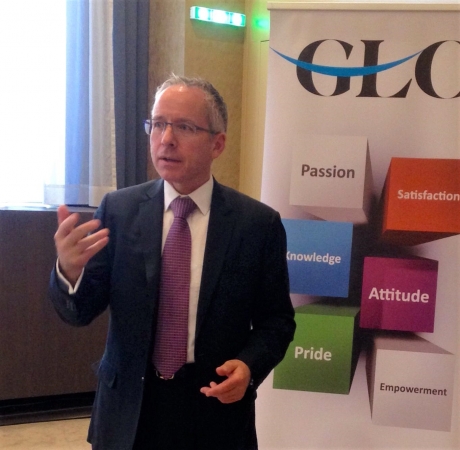 Which crypto-asset regulation for the European Union? (September 2020)

Foreword: METI Advisory wrote this report for SEBA Bank AG. Abstract: Since 2018, several EU member states have developed and implemented more or less comprehensive regulations and regulatory frameworks for crypto-assets and cryptofinance, with the most prominent examples being France, Germany, and Malta. Since around the same time, the call for an EU-wide crypto-asset regulation has grown louder. The European Commission (EC) is now poised to issue the EU framework for markets in crypto-assets before the end of the year. It is unclear to what extent the crypto-asset regulation that the EU is about to finalise will interfere with the advanced frameworks set up by member states and whether it will require adaptations. On balance, however, an EU-wide crypto-asset regulation is the only way to harvest efficiently and in a risk-controlled way the benefits of crypto-assets and cryptofinance services and products in the context of the European single market.

Foreword: METI Advisory wrote this report for SEBA Bank AG. Abstract: International regulators reacted strongly to the announcement of the GSC project Libra in June 2019 by BigTech Facebook. The resultant debate on the merits and threats of GSCs created a fundamental regulatory uncertainty regarding the possibilities for GSCs to be issued in the first place, effectively putting such projects on hold. In July 2020, the Financial Stability Board (FSB), acting on behalf of the G20, concluded the public consultation on how to regulate GSCs. The joint consideration of the consultation paper and the comments received on it indicate a fundamental endorsement of GSCs by international regulators. The debate moves on to the implementation stage, wherein the manner of implementation of GSCs along with the application of the specific regulatory provisions need to be defined. As a consequence, GSC projects—including Libra—can resume full steam, and improved financial inclusion as well as cheaper and faster processing of (international) payments get closer. Overall, this fundamental endorsement of GSCs provides blockchain-based finance with a further boost.

Foreword: METI Advisory wrote this report for SEBA Bank AG. Abstract: A growing number of Central banks around the globe are analysing, testing, and prototyping CBDCs. These initiatives are strongly backed by the Bank for International Settlements or the BIS (bank of the central banks). In this context, wholesale CBDCs emerge as low hanging fruit compared to retail CBDCs. The design and implementation of retail CBDCs (as compared to wholesale CBCDs) faces several additional challenges that need to be addressed before practical application is possible. The steadily growing CBDC initiatives from Central Banks globally, suggest that the official launch of the first wholesale CBDC may be near. It could be as soon as a matter of months, before the first official CBDC sees light. The concrete adoption of blockchain-based digital currencies by the official sector is expected to boost public trust in such technology and related monetary innovations.

Several other noticeable developments have characterised the digital regulatory space in recent weeks, such as the review by the FATF of the status of compliance to the “travel rules” by virtual asset providers (enacted 12 months ago), and the unanimous approval of the landmark Blockchain Act by the Swiss Parliament.

The Board has published on 14 April 2020 the paper "Addressing the regulatory, supervisory and oversight challenges raised by “global stablecoin” arrangements" in response to a call by the G20 to examine regulatory issues raised by “global stablecoin” arrangements and to advise on multilateral responses as appropriate, taking into account the perspective of emerging market and developing economies. The Board has sought the views of stakeholders on the issues and recommendations set out in the paper by 15 July 2020. In our position, we offer the Board, for consideration, ways to re-balance the risk analysis and to fine-tune the Recommendations. We also highlight a potential roadblock to the development of financial innovations such as stable coins.

Telegram, or the strategic importance of regulators (June 2020)

Foreword: METI Advisory wrote this report for SEBA Bank AG. Abstract: In May 2020, Telegram ended its cryptocurrency project, the Telegram Open Network (TON), and gave up fighting the U.S. Securities and Exchange Commission (SEC), which had halted the project last year. One month before, Facebook had re-issued its cryptocurrency project Libra under revised terms, following an implicit global regulatory halt last year. Several less prominent projects suffered a similar fate over the last three years (due to either enforcement or fear of it).

Promoters of cryptofinance and blockchain projects must consider upfront regulators as a key strategic element, not as a mere compliance variable. Traditional finance has learned this the hard way over the last 15 years.

Foreword: METI Advisory wrote this report for SEBA Bank AG. Abstract: During the coronavirus (COVID-19) pandemic, the literature on digital regulations has focused on digital payment solutions, particularly, Global Stablecoins (GSCs) and Central Bank Digital Currencies (CBDCs). It is reasonable to expect that the pandemic will lead to improved regulatory certainty, which would enable the speedy market entry of digital payment solutions. The advantages of contactless payments and digital banking solutions (web- or mobile phone-based) have emerged quite prominently in the current lockdown (characterised by limited mobility, social distancing, and contactless relationships). Yet, the fundamental opportunities for the development of GSC (i.e. inefficient cross-border payments and inclusion) and CBDC (i.e. de-materialisation of cash) have been recognised long before the pandemic. The renewed regulatory focus on digital payment solutions, due to the current pandemic, reminds us that such solutions depend on regulatory (or legal) certainty to see the light of day.

Foreword: METI Advisory wrote this report for SEBA Bank AG. Abstract: The Financial Action Task Force (FATF) will review in June 2020 the state of adoption and implementation of the anti-money laundering (AML) standard for virtual assets (VAs) and virtual asset service providers (VASPs) issued in June 2019. This includes the so-called Travel Rule, conceived to extend to VAs and VASPs the quality of transactional compliance achieved in the fiat transactions world with the SWIFT messaging system. The industry is currently dealing with the daunting task of creating the technology needed to enable full compliance. More time is needed to bring it to market and see it adopted. The regulators should be pragmatic during the transition phase and focus on creating a level playing field in order to minimise arbitrage opportunities. The industry will benefit materially from swift and seamless compliance because the Travel Rule establishes a distinction – in terms of compliance quality – between ubiquitously accepted fiat transactions and still largely mistrusted cryptofinance transactions.

USA once again rejects an ETF on bitcoin (March 2020)

Foreword: METI Advisory wrote this report for SEBA Bank AG. Abstract: The US Securities and Exchange Commission (SEC) has rejected the last outstanding Bitcoin (BTC) ETF proposal. It was the ninth rejection in a row. The decision taken by the SEC attests to the controversial decision-making process within the SEC, which contrasts with the pragmatic, inclusive and innovation-friendly approach taken by other jurisdictions such as Switzerland. Furthermore, it stifles financial innovation and delays the adoption of cryptocurrencies in the country, promoting an unregulated perimeter. The approval of the first BTC ETF emerged as a watershed moment for cryptofinance adoption in the USA.
During February 2020, regulators around the globe multiplied their pronouncements and initiatives in the area of stablecoins during February 2020. Stablecoins are seen as a promising way to enhance the cross-border payment system and remedy related inefficiencies. However, the pronouncements also indicate that the approval of any stablecoins will be subject to strict evaluation and approval criteria, including KYC and AML aspects.

Publish modules to the "offcanvas" position.